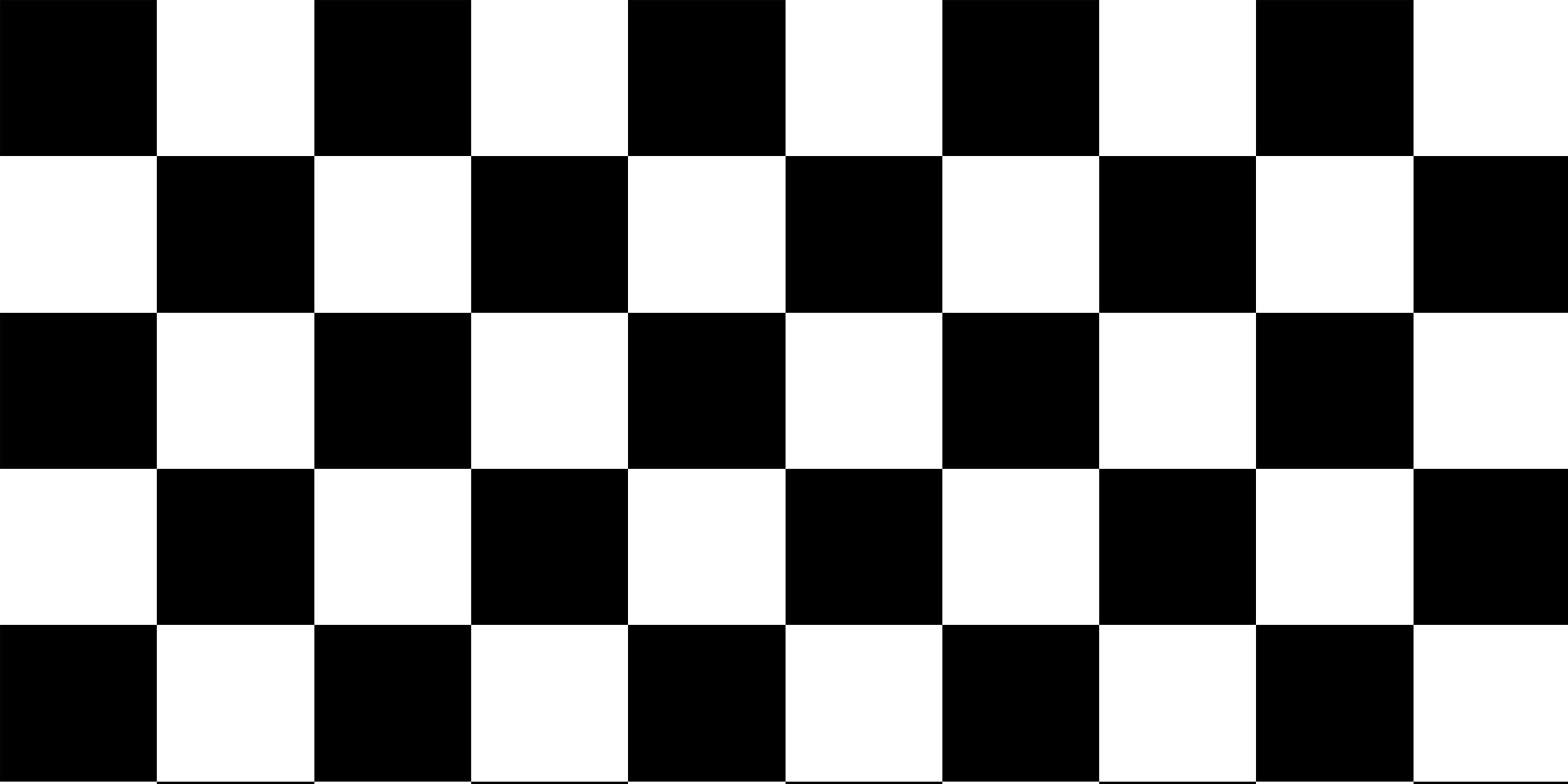 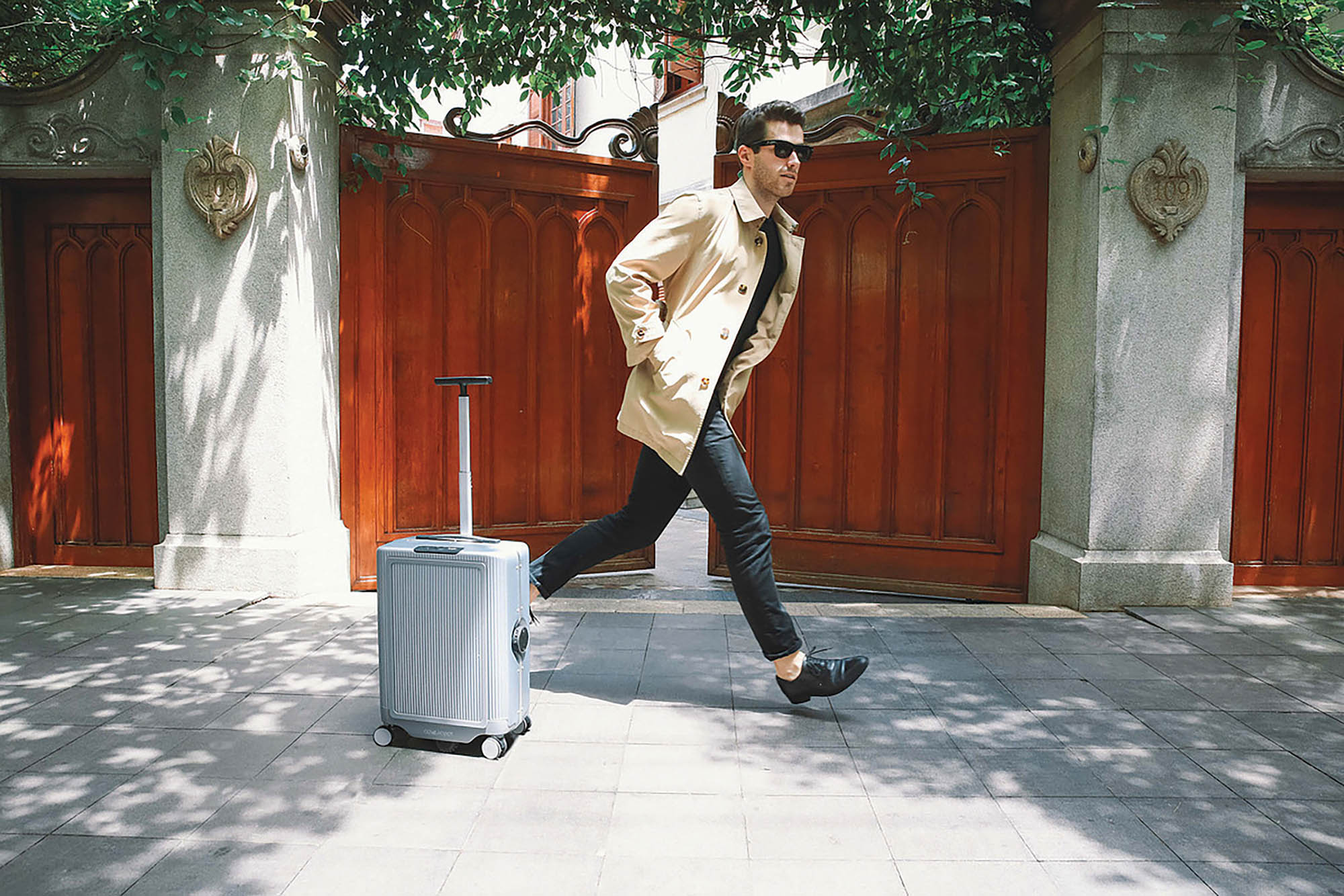 
From the hottest tech to the coolest stuff on the market, check out our curated selection of the trendiest goodies


1分快三玩法From the hottest tech to the coolest stuff on the market, check out our curated selection of the trendiest goodies

The first multi-format, daylight-loading film developing tank, Lab-Box aims to help film photographers develop their rolls anywhere without the need for a darkroom. As people rediscover the classic techniques, this is perfect for anyone interested in pursuing analogue photography. (ars-imago.com) 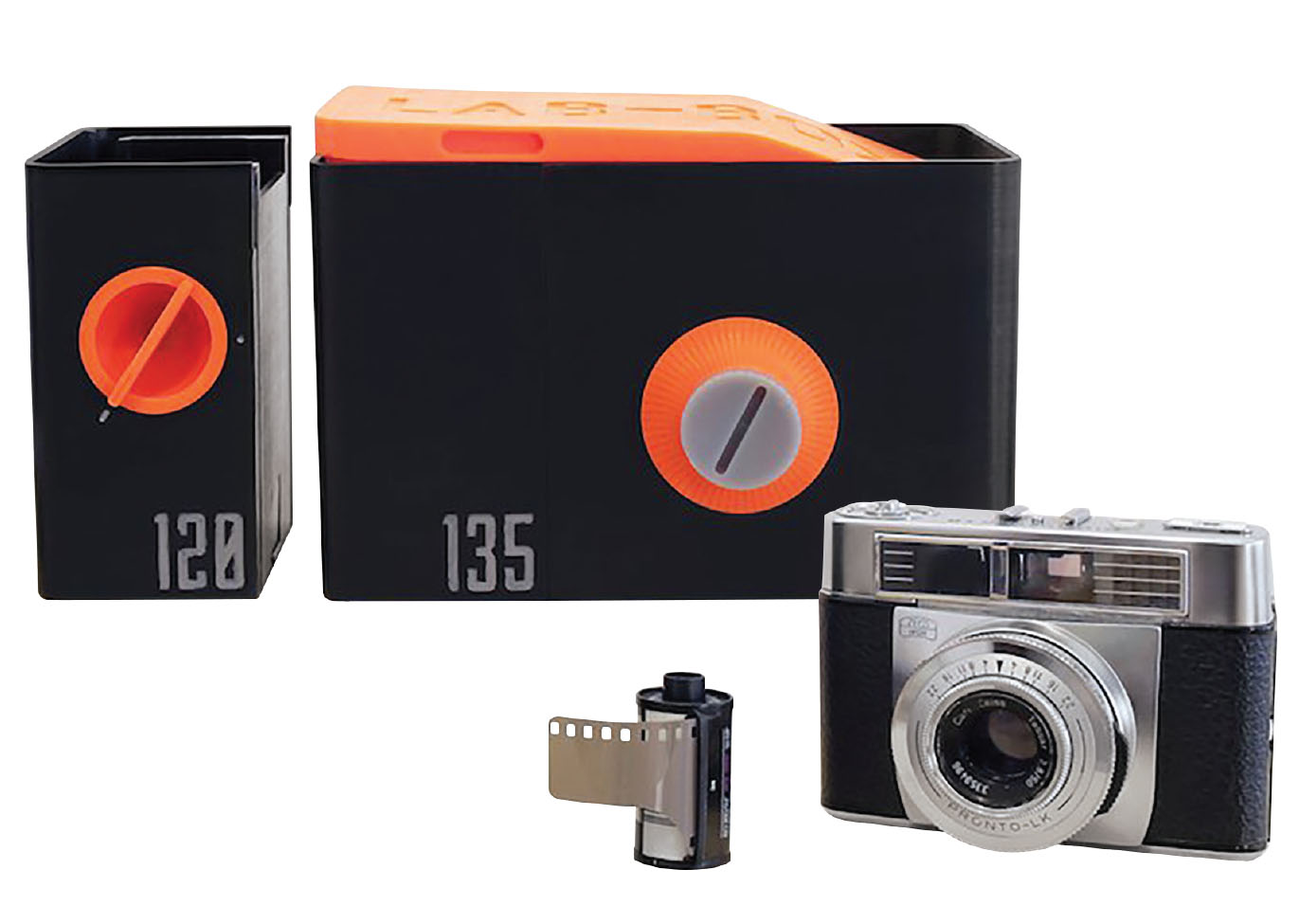 For the brand’s 80th anniversary, Polaroid has debuted the Polaroid Pop instant digital camera. The latest offering combines the brand’s nostalgic values of sharing with top technology, including a built-in printer – and its new rainbow colours are the perfect eye candy. (polaroid.com) 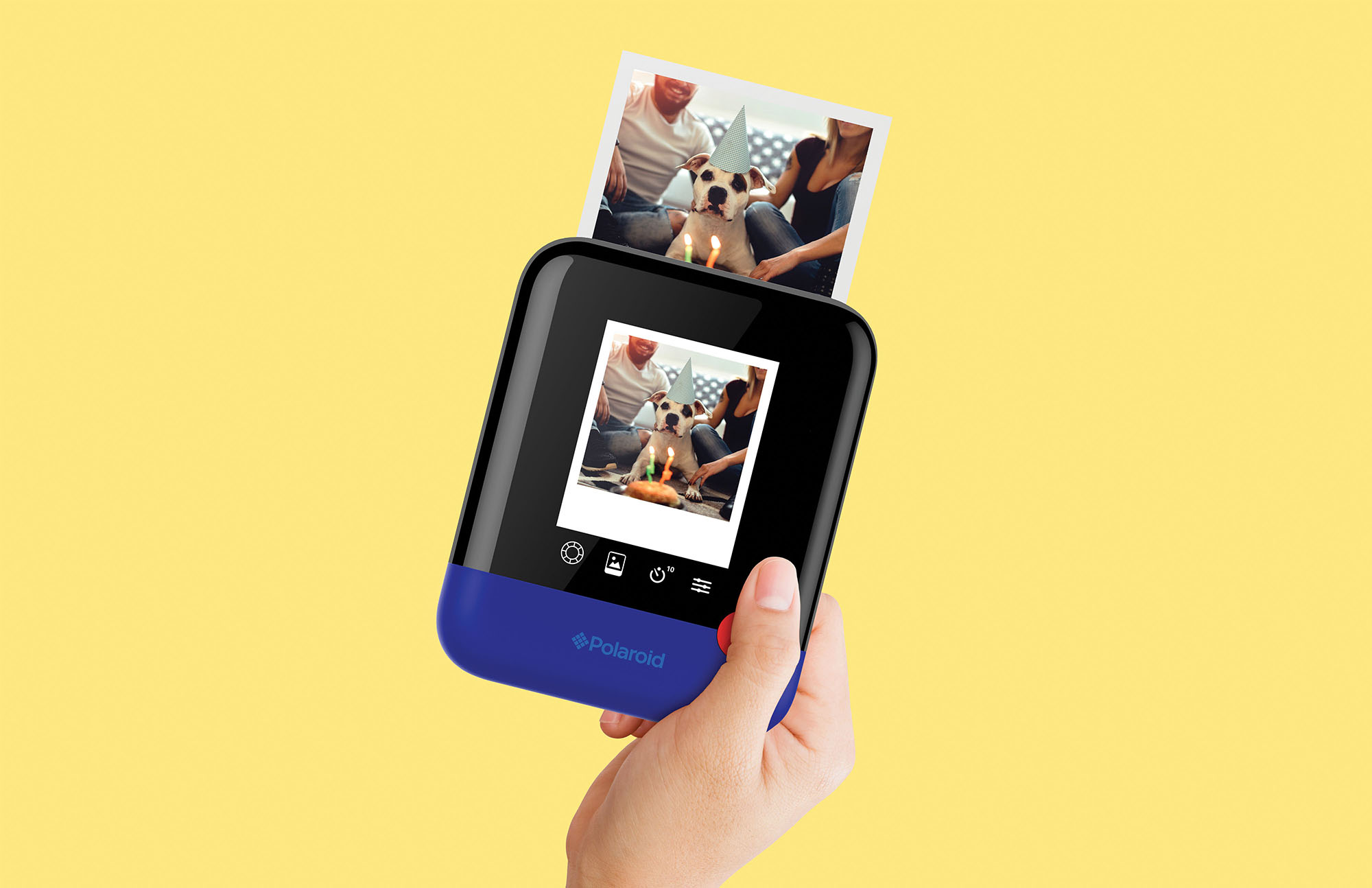 Aiming for durability, high-end Korean audio brand Astell & Kern has released its stainless-steel AK380 player, which is built for all sorts of conditions. Limited to just 200 units at US$4,999 each, is your pocket powerful enough to hold this beauty? (astellnkern.com) 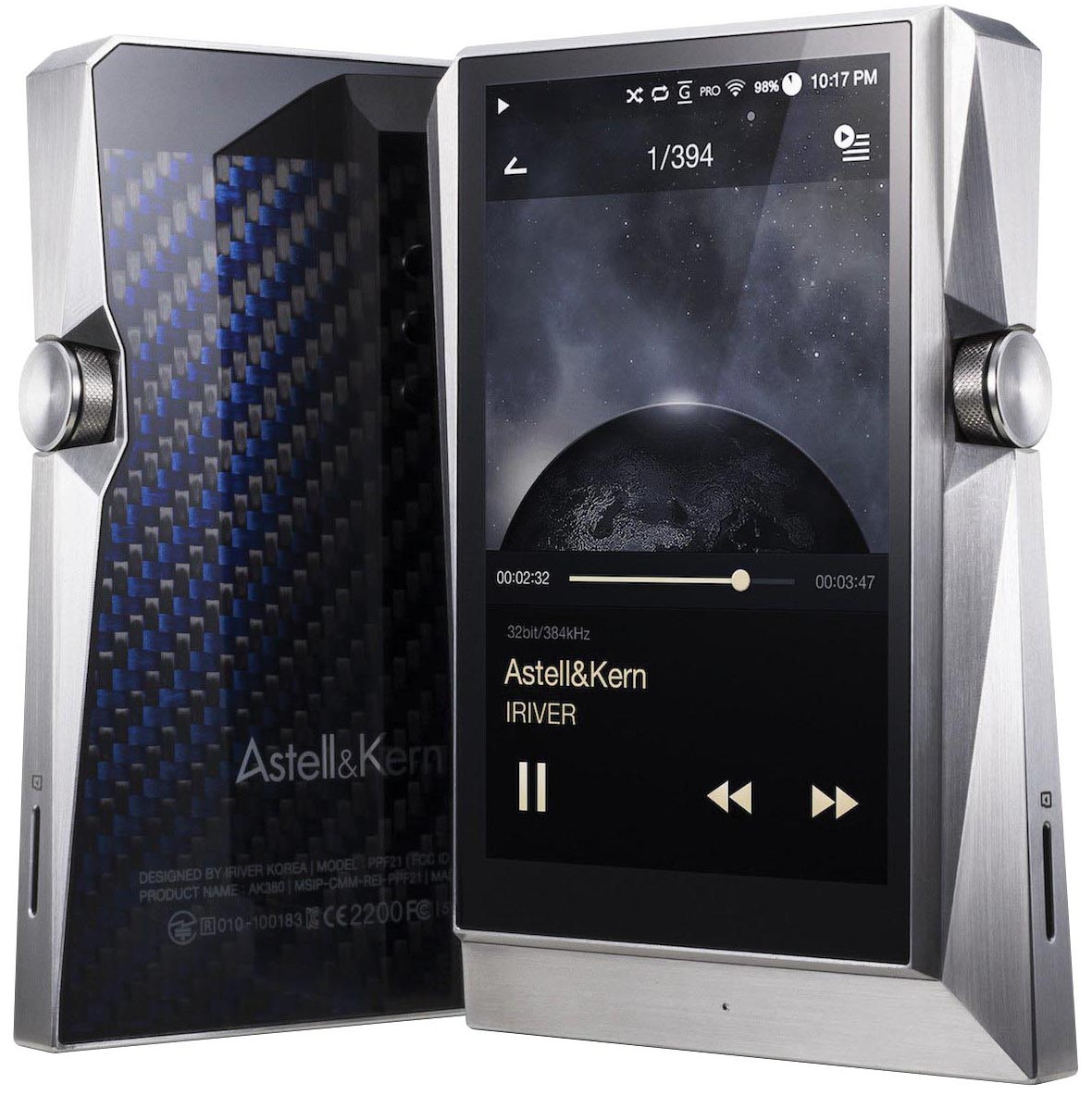 A Fresh Take on a Classic

In 1947, Movado released its iconic Museum watch with the acclaimed dial and solitary dot at 12. In 2015, the brand launched the Edge, which is the new interpretation of the Museum, with a further accent on minimalism. Recently, a special edition Edge was added to the fold in two sizes, with the colour options of black-rose gold or stainless steel-blue. Perhaps this one will end up in a museum someday, too… (movado.com) 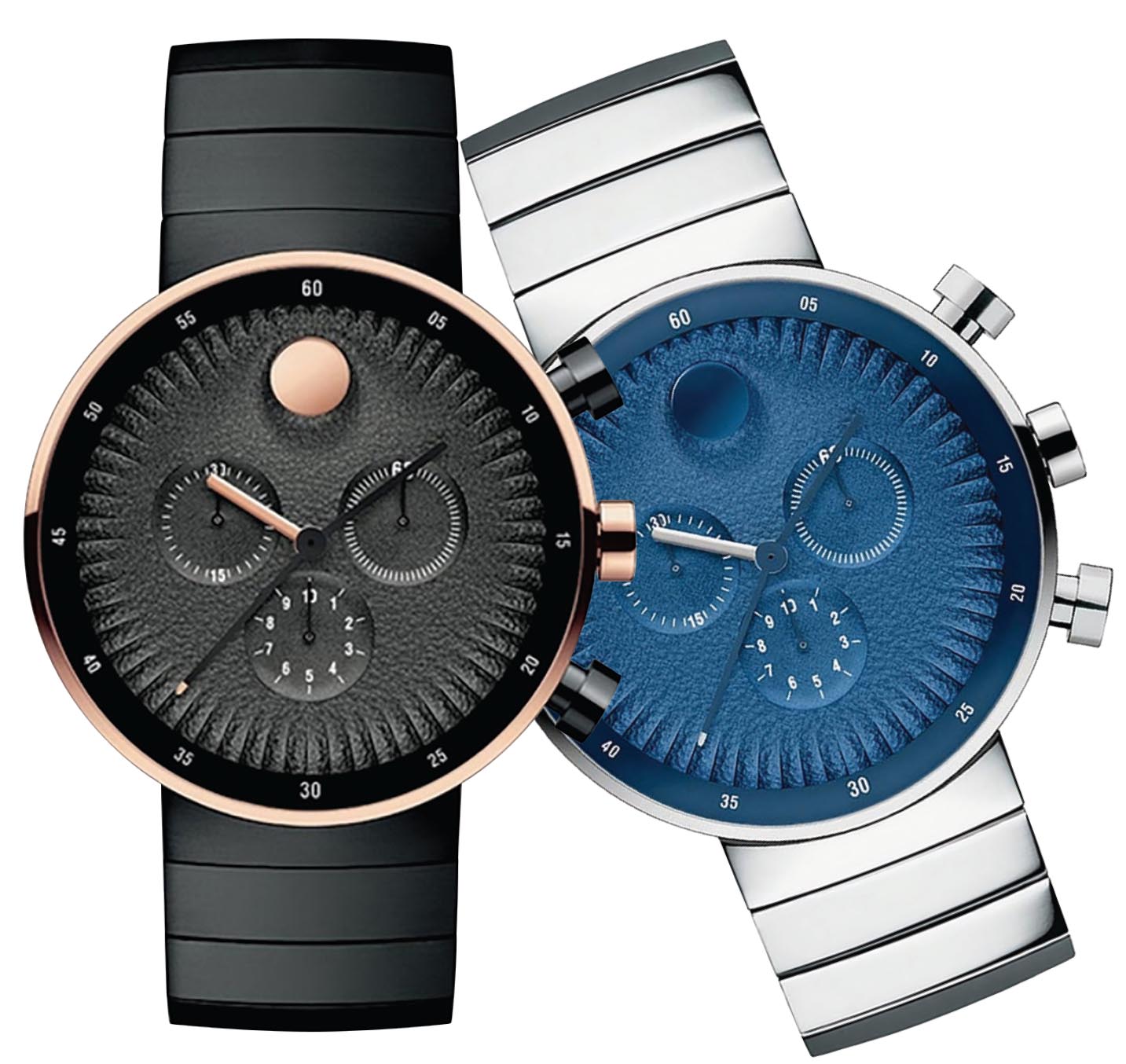 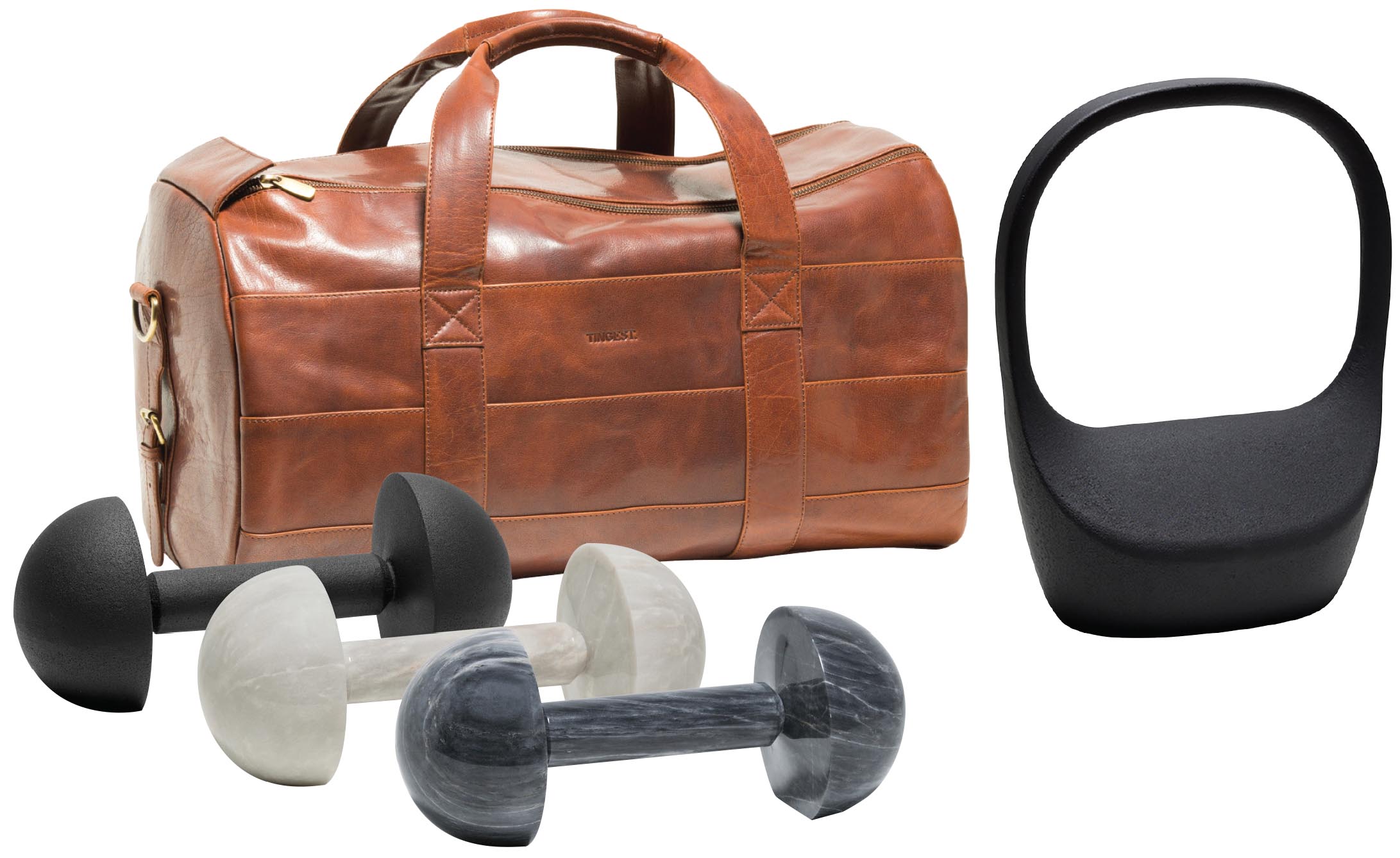 London-based interiors company Lotusier has unveiled the world’s first “tea humidor”. Handcrafted from sycamore with chrome fittings, this type of wood imparts less of a scent to your precious tea leaves, preserving their flavour from the negative influences of light, odour, heat, air and moisture. Available in five designs, pre-orders of this exquisite objet d’art are around US$8,750. (lotusier.com) 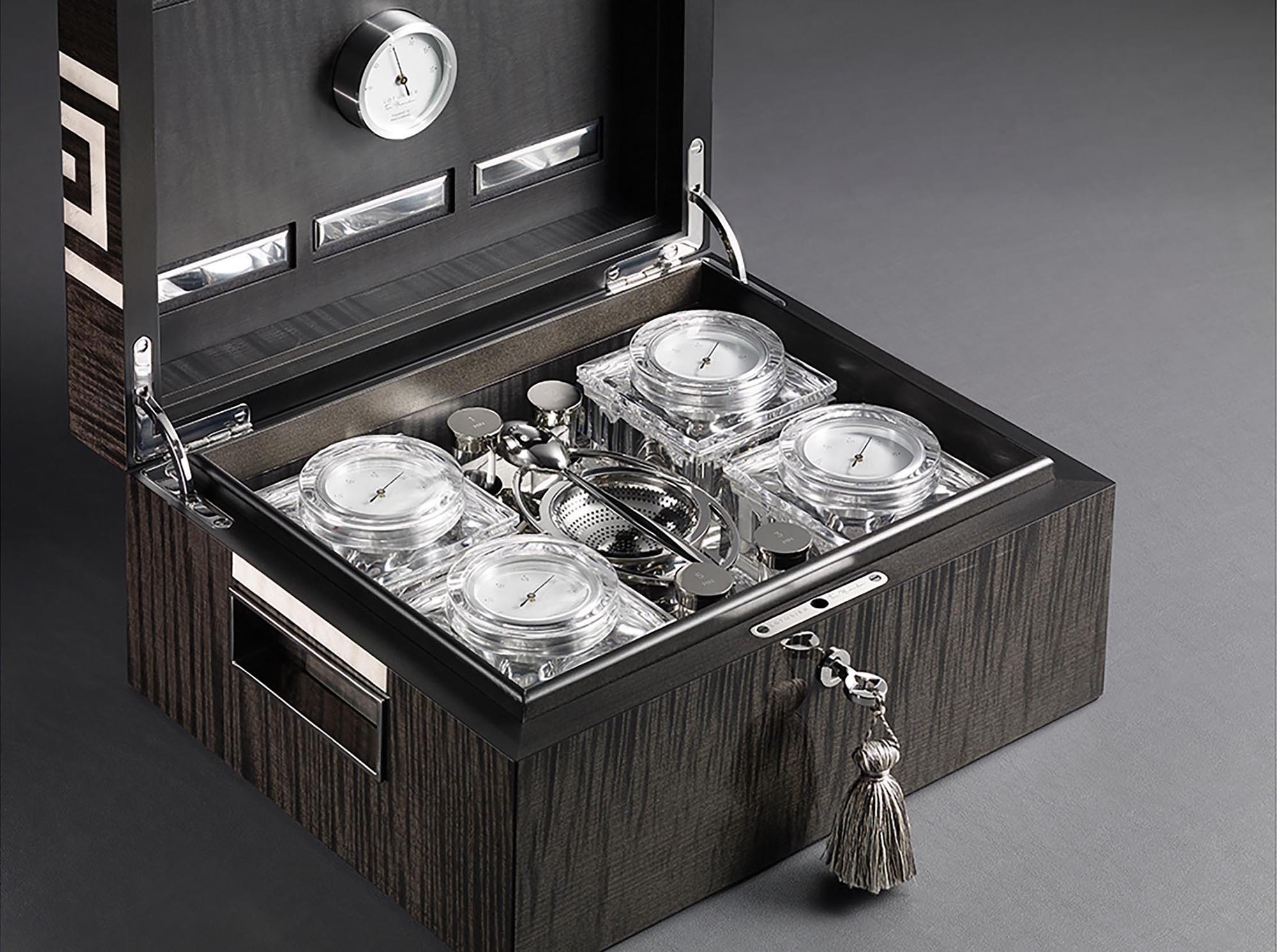 Want some seriously personalised candy? Scan your face on your smart phone in 3D mode, then the Candy Mechanics can “immortalise” you in chocolate. You’ll arrive via the post in your sweet Lolpops form. Now the only question is: do you dare to eat your own head? (candymechanics.com)

The Bed that Does it All

A good night’s sleep is one of the best ways to achieve instant happiness. If you want to live in dreamland, you might want the help of the Sleep Number 360 smart bed, which takes care of everything while you sleep. Using SleepIQ technology, it auto-adjusts firmness with your body movements, warms your feet to help you fall asleep faster and even senses your snoring before you start and takes action to relieve it. Curious about your sleeping patterns? Connect to the bed via your smartphone and check it when you wake up. All you have to do is sleep. (sleepnumber.com/360)

Sneakerheads and pizzaheads can now unite. For this year’s March Madness NCAA basketball tournament, Pizza Hut created 64 pairs of the “Pie Tops”, handmade by The Shoe Surgeon, Dominic Chambrone. As demonstrated in a hilarious ad by retired NBA star Grant Hill, at the simple press of a button on the shoe’s tongue, you’ll get a piping-hot pizza delivered to the sneaker’s location. Seems a little bit cheesy to us… (pizzahut.com) 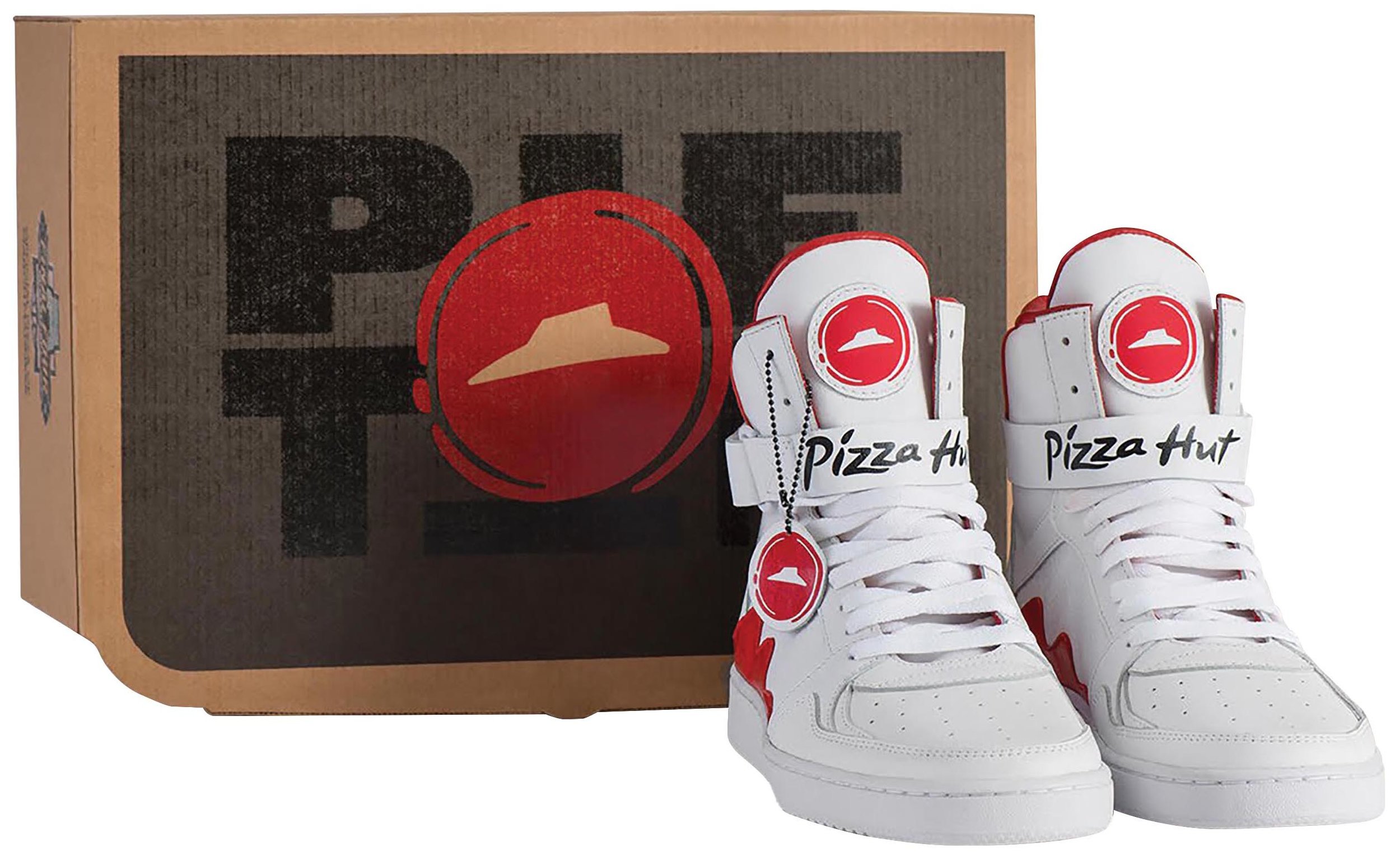 The Hong Kong student-conceived Lumos Helmet is the world’s first smart bicycle helmet to integrate lights, brake and turn signals. Among its many accolades, it received the London Design Museum’s Beazley Design Award in the Transport category. Designed with the urban cyclist in mind for a safer ride and enhanced rider visibility on the road, Lumos has been a runaway success. Now if only we could find some bike lanes in Hong Kong… (lumoshelmet.co)

The Headphones that Let You Hear What You Want

Today, countless headphones have noise-cancelling functionality, but the latest Stages Hero takes it to the next level with its “selective sound” and “ambient directional audio filtering” technologies to create a customised listening experience. Allegedly, it knows what’s best for your ear at each moment and delivers an audio experience that can be custom-tailored from its app. You can even set audio keywords that automatically trigger music projection after they’re said. (stages.co) 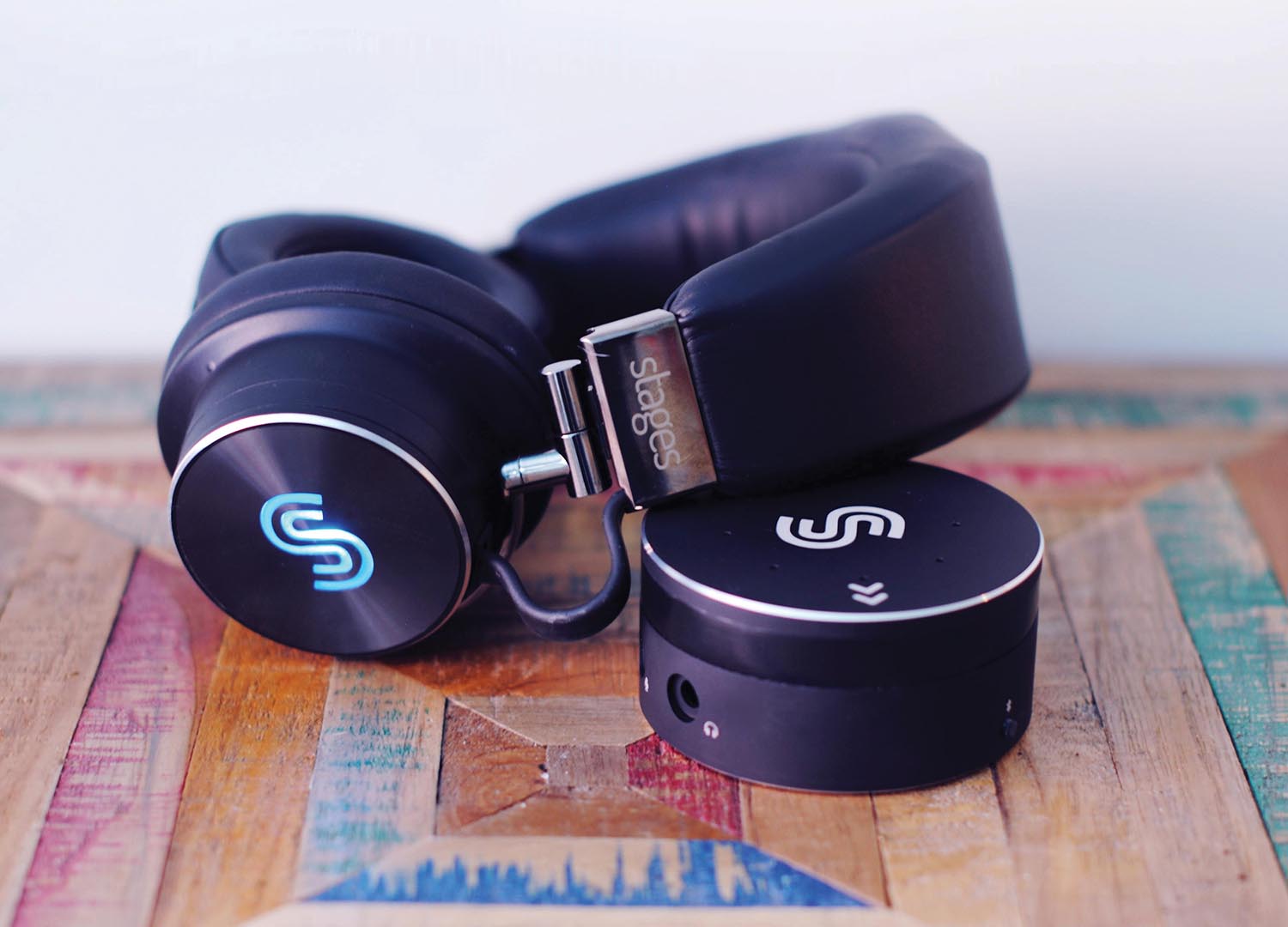 You may already know Siri, but allow us to introduce Melody – your new smart voice assistant, who can recognise different individuals’ voices and serve in a variety of ways. Try to talk to her (or him), then let her do her job: managing your calendar, playing music and looking after your smart home. You’ll probably also notice that she has a much more tangible and cooler look than your old friend Siri. (rokid.com) 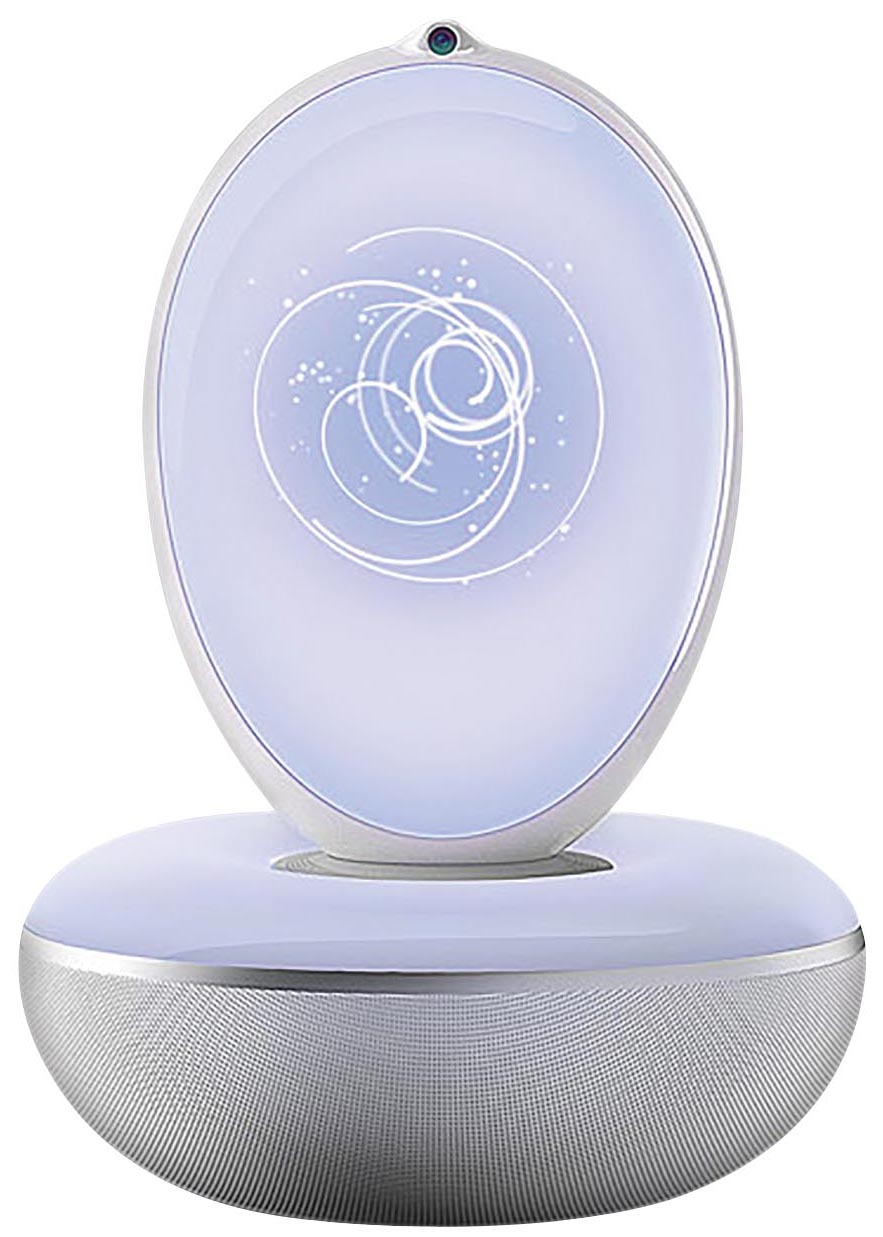 The Moto that Parks Itself

Have you ever had a fear of falling off your motorcycle? Thanks to advances in self-stabilising technology, Honda has unveiled its Moto Riding Assist prototype, which can ride and park by itself without rider control. The potential success is set to greatly reduce accidents – and your riding anxiety. Just remember, you still need a licence before you can get on the road. (world.honda.com) 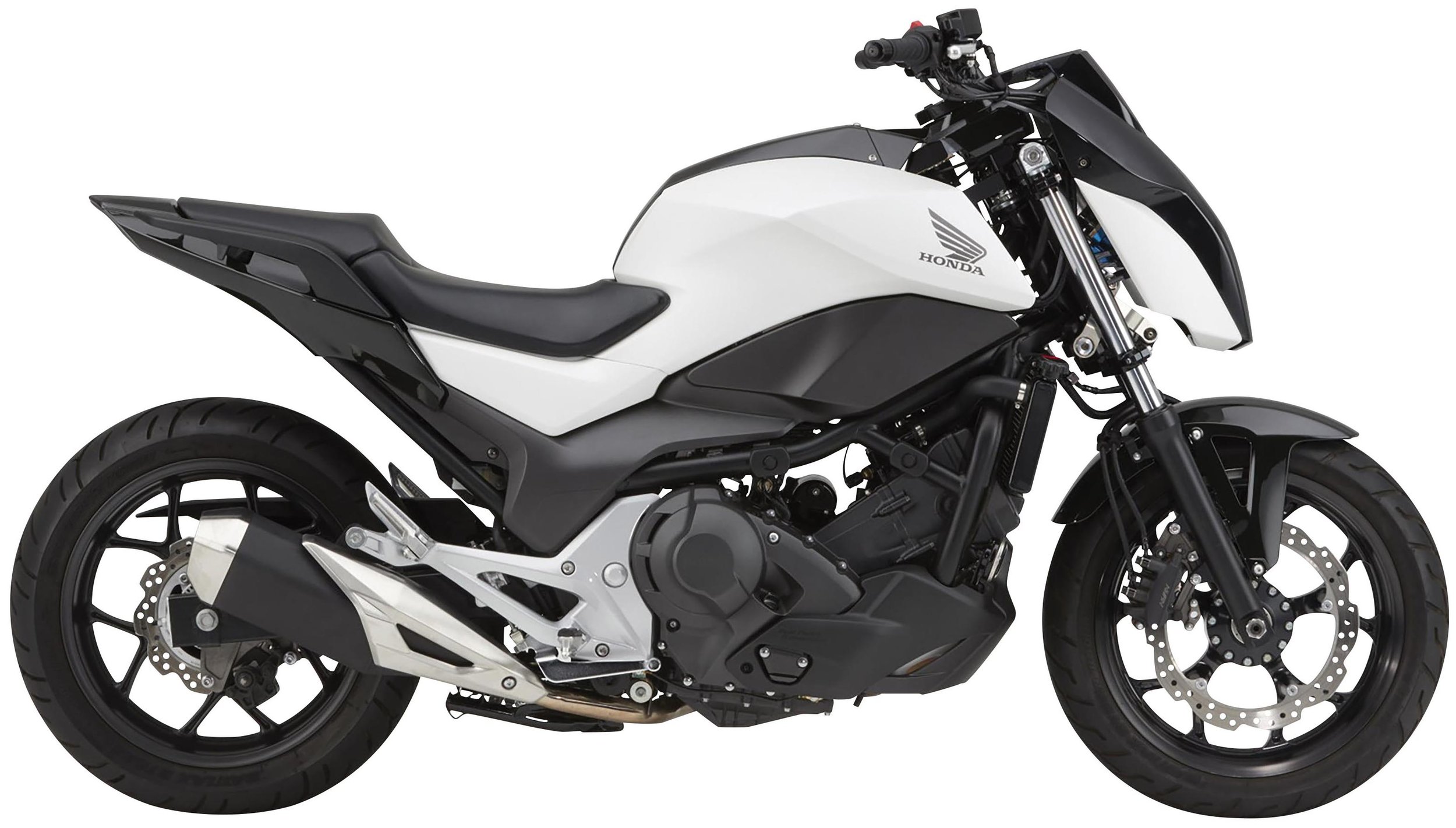 
1分快三玩法Launched in 2006, Twitter has become one of the top go-to social media sites – get to know the dos and don’ts of tweeting


Launched in 2006, Twitter has become one of the top go-to social media sites – get to know the dos and don’ts of tweeting

1分快三玩法Donald Trump has been known to do it in the middle of the night. Kim Kardashian has done it more than 22,000 times. Many people don’t understand why you would want to do it at all.

We’re talking about tweeting and, unlike posting your entire life on Facebook, this social media activity demands a particular set of skills.

Why use Twitter? It’s a way to have a one-on-one virtual connection with your heroes and anybody who interests you. Likewise, you can share your life and views with an almost limitless number of people. And it all has to be done within the tantalising limit of 140 characters of text – plus photos, videos and links – which really helps you focus your mind.

1分快三玩法Katy Perry has the most Twitter followers, with 95.6 million of the micro-blogging site’s 317 million monthly active users. Justin Bieber isn’t far behind with 91.5 million, followed by Barack Obama and Taylor Swift with around 83 million each. The heaviest hitters of Twitter are pop stars, heroes of sport and other celebrities. But you don’t need to be famous to create a buzz with the right tweets at the right time.

1分快三玩法In fact, Katy Perry is a great example of how to do it well. She has a bubbly tweeting style that mashes up chat about her tours and her music, insights into her emotional roller coaster over the US election, and playful titbits about her daily life. “Done with my Christmas shopping”, she tweeted, and posted a link to her Instagram page that featured crazy gadgets like a “pet emergency evacuation jacket” and a “chocolate donut camera”.

1分快三玩法To get started on Twitter, pick a simple, memorable user name like @KatyPerry, post a short profile and choose a photo. Some tips: avoid punctuation such as underscores in your name, post your own photo (not a photo of your dog, it’s not Facebook) and don’t be an “egg person” – referring to the default egg-shaped image when a user hasn’t posted their own picture. It’s the ultimate Twitter fail, and won’t get you any followers or respect.

1分快三玩法Then, it’s time to start tweeting by sending your updates (“what’s happening?”) and following people. Building up an army of followers can take time. Generally, the more people you follow and the more you tweet, the more followers you’ll get. To become a Twitter star, you need to carve out a reputation for posting original, eye-catching tweets on trending topics – and maximise your visibility by mastering the use of hashtags.

Twitter Analytics will show you how your tweets are performing and who is following you – right down to their age category, country, income bracket, gender and interests. If your popularity is flagging and your Twitter ego is keeping you awake at night, you can turn to the unscrupulous tactic of buying thousands of “followers” from online sites. But do beware – there may be a lot of fake profiles in there and, at the end of the day, it’ll feel like paying a crowd of people you don’t know to come to your birthday party. Happy tweeting! 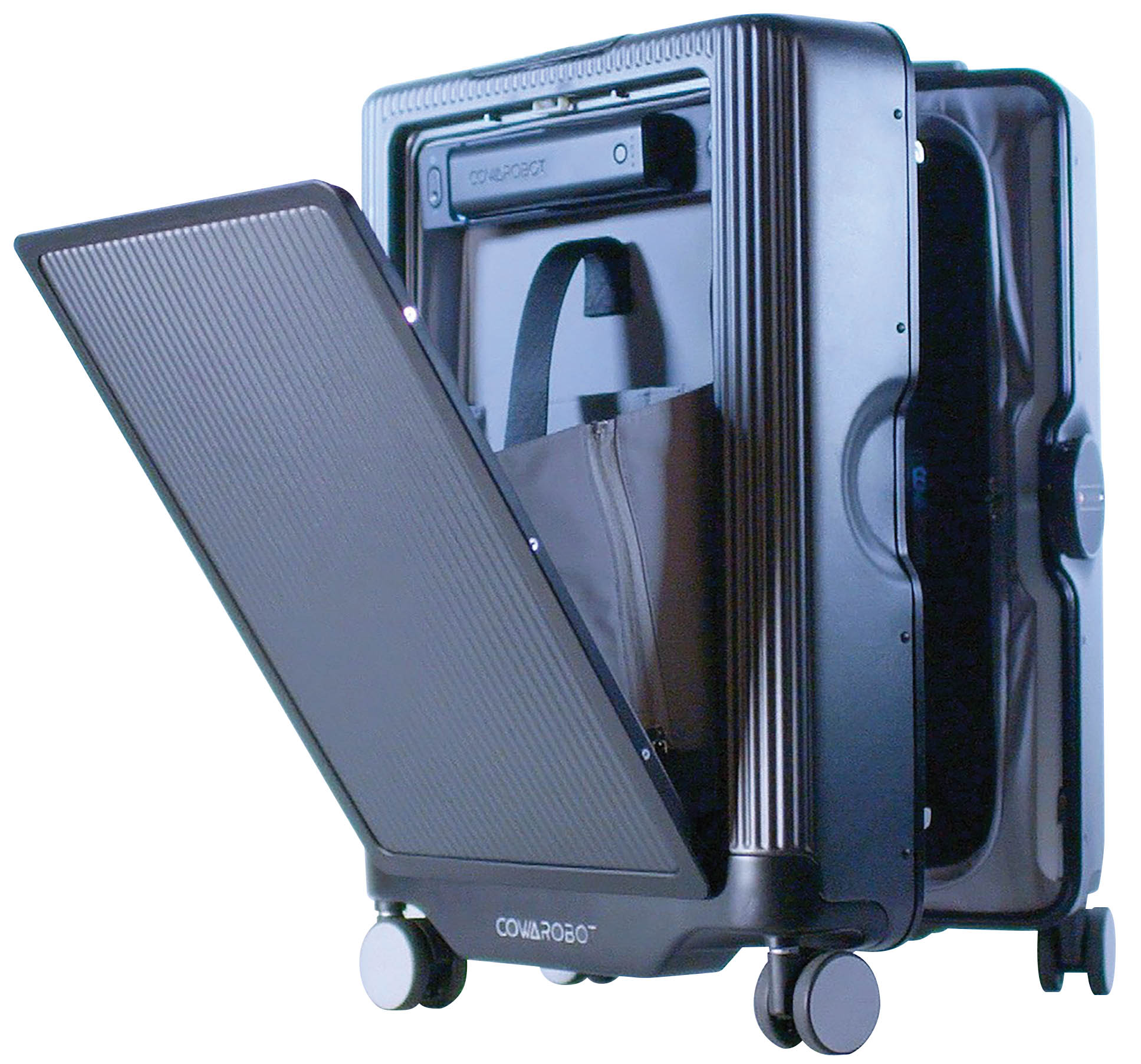 At peak travel times, dragging your weighty suitcase through a crowded airport is one of the most annoying things imaginable. But what if your carry-on could follow you around like an adoring puppy, keeping your hands free for your smartphone and a latte? It’s not a far-fetched idea relegated to science fiction any more – a group of robot enthusiasts have developed a handy autonomous smart suitcase, the CowaRobot R1, which is set to make your next trip that much easier.

Equipped with a variety of future-forward technologies, the R1 includes a system dubbed “Co-Eye”. With the help of a depth sensor, sonar equipment and cliff-detection monitors, the R1 can find its own way and avoid obstacles. It can communicate via a wristband and will follow by your side at a top speed of 4.5mph. The wristband also works as a keyless remote to lock and unlock the case. Even if the R1 gets lost, a GPS chip inside enables the suitcase to navigate its way back to you.

1分快三玩法The R1 measures 21.6 by 15 inches (meaning it fits in the overhead bins), weighs less than 5kg and has a 33-litre capacity. Its removable battery pack powers it for 12 hours – and can charge your other devices. You can also control and monitor the R1 by a mobile app, available for iOS and Android, that gives you information about the R1’s current location status and battery life – you can even activate an intelligent lock system. If you don’t feel like using the smart mode, no worries; you can just pull out the handle and switch the case to manual mode.

The R1 ushers in a new wave of baggage innovation. While owners should rightfully be gleeful, airport staff may have a new job on their hands – keeping “suitcase traffic” in order.